A unique monument of Scandinavian sacral architecture from 12th century.

The wooden church was originally built in a Norwegian village Vang at a Vangsmjøsen lake, hence the name. In 19th century the church proved to be too small for local people. Due to its poor technical condition and high costs of renovation it was decided to sell the building.  Frederick Wilhelm IV, the king of Prussia, commissioned Jan Krystian Dahl, a well-known Norwegian painter, who lived in Dresden, to buy the church. It was inventoried, taken to pieces and transported to Berlin. It was supposed to be reerected on the Peacock Island, however at the request of Countess Frederica of Bukowiec, the king presented Karpacz with the church. The structure arrived in the Giant Mountains in 1842.

During the rebuilding the church was slightly redesigned. A rock tower was added to it which purpose is to protect the church against violent winds blowing from the Giant Mountains. On 28 July 1844 the solemn opening and consecration of the church took place. Since then the church consistently serves the Protestants from Karpacz and the surrounding area.

Rich decorations outside the temple are worth of taking a closer look. Only few original wooden elements made of Scandinavian pine are preserved inside:  4 corner columns, 4 internal columns, 2 columns at the entrance to the choir loft and a portal. These elements are richly decorated with botanical and animal motifs and runic writing. A splendid 19th century cross carved from a single oak stamp with a lime figure of Christ is the most precious element of the equipment.  Two candelabras placed on pedestals are standing on the both sides of the altar, one shows a swan as a symbol of faithfulness and the other a heart as a symbol of love. Candles held by them are lit only during weddings and Wang Church is widely known as the church of happy marriages.

In the churchyard there is a monument with an epitaph for Frederica von Reden and with her image in a medallion. Next to it there is a sculpture showing the resurrection of Lazarus, made by the local artist, Ryszard Zając. Behind the sculpture one of the nature monuments of Karpacz a magnificent evergreen ivy grows.

The Church is surrounded by a cemetery where graves of Henryk Tomaszewki and Tadeusz Różewicz are located. 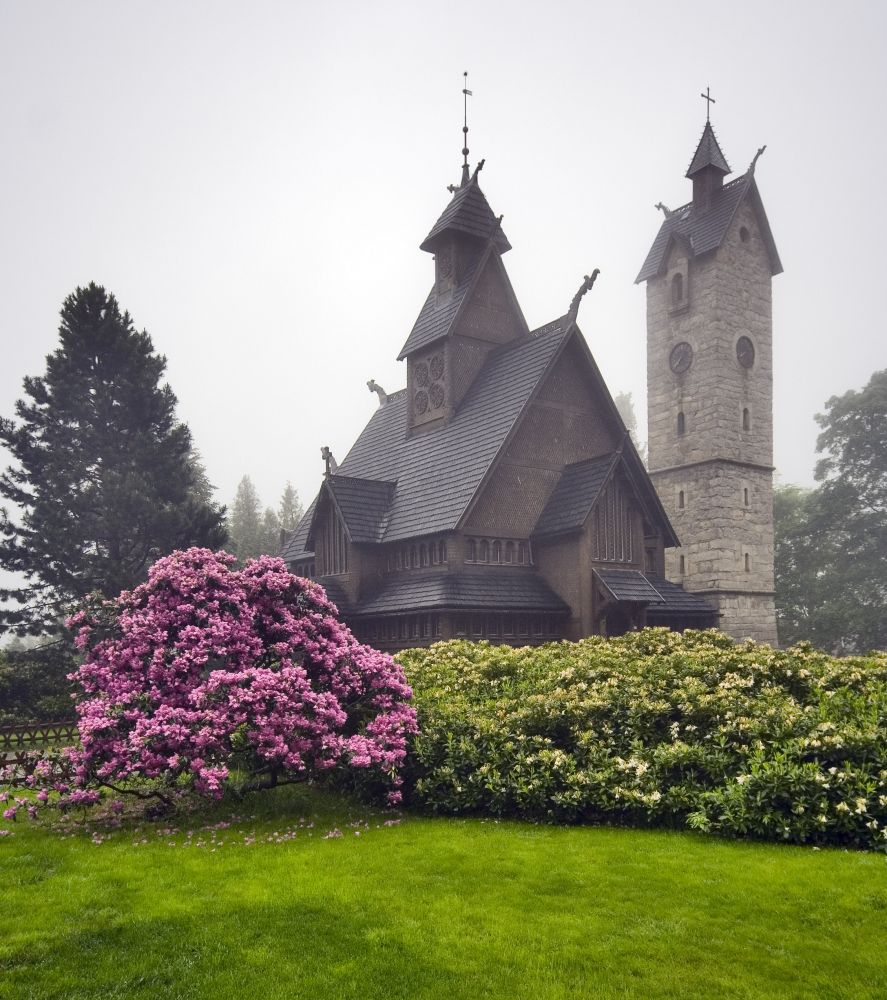 
Show near accommodation and restaurants